Modern Romania was established in 1859 through the personal union of the Danube principalities of Moldova and Wallachia. The new state, officially called Romania since 1866, gained independence from the Ottoman Empire in 1877. After the outbreak of World War I, after declaring its neutrality in 1914, Romania has fought on the side of the Allied powers since 1916. Then Bukovina, Bessarabia, Transylvania, as well as parts of Banat, Crișana and Maramureș, became part of the sovereign Romanian kingdom. In June-August 1940, Romania was forced to cede Bessarabia and northern Bukovina to the Soviet Union and northern Transylvania to Hungary as a result of the Molotov-Ribbentrop Pact and the Second Vienna Prize. Romania signed a tripartite pact in November 1940 and subsequently entered World War II on the Axis side in June 1941, fighting against the Soviet Union until August 1944, when he joined the Allies and restored northern Transylvania. After the war, Romania became a socialist republic and a member of the Warsaw Pact under the occupation of the Red Army. After the revolution in 1989, Romania began the transition to democracy and a market economy 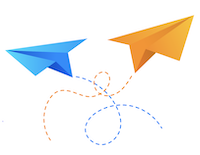